Let's just get this over with, shall we? And trust me, some of these have been written up by Serious People. Others are just the likely next step in this idiocracy. I've omitted any obvious euphemisms or pre-identified slurs.

The Rules: These especially don't have to make sense as being offensive on the face of it, they just have to have the ability to be misunderstood by weak minds, or overwrought by idle minds:

::Sigh:: I think this will keep the Language Nannies busy. Not quite up to 490 words yet, but you get the idea.

Update: I'm thinking we can't talk about Obama's "lightness" either.

What Are You Looking At?

Posted by Joan of Argghh! at 7:57 AM 0 comments Links to this post

Pretty basic, for now. But it seems to be up and running.

It's still summer and I still don't feel the need to be interesting. Apparently neither does much of the 'sphere.

See you at Primodial Slack, I hope.

Posted by Joan of Argghh! at 9:35 PM 0 comments Links to this post

Filed under Those Kinky Brits.

I don't know what they were looking for, but the landing page leads me to think they were quite disappointed.

But it's a good financial re-read, because history is moving so fast that just a few short months can cause us to lose our focus, forget useful things.

Posted by Joan of Argghh! at 8:32 AM 0 comments Links to this post

Labels: Is it supposed to do that?

Our father's God to Thee,
Author of liberty,
To Thee we sing.
Long may our land be bright,
With freedom's holy light,
Protect us by Thy might,
Great God our King.

In an age that increasingly seeks to usurp what is holy and exalt what is profane I found this verse quite stirring as we warbled it out during Sunday morning's prayer service.

Is freedom a holy illumination, available only to those who have sought divine guidance? How quaint! Howprecious. As though a rational people couldn't rule their lives and fortunes without the silly and repressive fairy tales?

That entire peoples or countries have sought liberation from oppression is not new; it's as old as Exodus, at least. But this idea of an individual destiny and personal possibility used to be a thing won by individual might and tyranny. It was not a "given", or self-evident truth.

The idea of individual freedom is only 200+ years old. On the linear scale of history, that makes Freedom young, hip and now. It was missed for so many milennia, and only in recent history did it come to be an Idea worth dying for. And now that is slipping past us. What is necessary for Freedom to thrive, or at this point, survive?

The landscape of freedom has been allowed to go feral and wild, like a renters' unkempt lawn. Lack of vigilance reveals a lack of ownership. Our leaders have devalued the uniqueness of our Freedom, treating it like it runs on air instead of hard work, wisdom and careful accountability. They have taken the ownership of our corporate fate out of the picture and replaced it with comfort and entitlement and ...indentured slavery to the State.

The parable says, the Shepherd cares for and defends his sheep, and the hireling runs away from danger because he has no investment in the life of the sheep. We've invited hirelings to rule over us, whose only care for us is not our eternal soul, nor or our temporal freedom, but the promise of lining their pockets with cash.

Worst of all, our legislators have mocked Truth right out of the picture, time and again. Spinelessly and selfishly have they awarded sloth by cloaking it with "compassion" and they've depreciated human value in the process. They have usurped the warmth and parentage of the family and replaced it with something so cold, thin, and short-sighted as to enslave an entire generation to dependence and slavery. But they've sold it as caring and helpful, so how could it be a Lie? Time and again they've rewarded the externals of race and color and tenure, and have failed to require an account of what has been so freely given and received.

Mostly, they have mocked the Truth out of Life itself and have offered... what? in its stead? A thin veneer of personal freedom and choice that quickly fades as the years progress.

Our leaders and public servants neither lead nor serve, and now tell jaw-dropping, easily refuted lies with the temerity of tyrants. The Lie is First and the Truth lags behind, trying to be heard over the din of the sound bite. Our leaders are footling creatures who know that nothing succeeds like success, no matter how it's earned. Lie first. Lie fast. Lie loud,and Truth will die, one lie at a time.

Not to speak of the echo chamber of their lies, the incurious Media, as indoctrinated by our schools. And our schools, as indoctrinated by tenured liars, safe in their ivory towers of soul-sucking delusion. There they live and work, like vivisectionists of our culture, who find upon dismantling it that it has died on the table.

Like it or not, our country was founded on a moral Absolute. Without this vital ingredient, the concept of Freedom cannot stand. Lacking the sense of our birthright of Freedom and lacking the conviction that it is endowed by a greater Truth, we will lapse quickly back into tribalism and penury. Law, founded on that birthright and Truth will lapse into the manipulative and capricious creature it is quickly becoming.

Truth came before Freedom, and Freedom, that delicate notion, cannot stand on its own without it.

Lies flower, Truth withers, and while the good and the decent are vilifed as contemptible hypocrites, the selfish and unserious are voted into office on their promise of Free Stuff.

That's how far we've fallen. From the sacred (unique and set-apart) heights of Freedom to the common flatlands filled with uninvested renters of the corporate weal, a land of tenured hirelings, afraid of the wolves now threatening at the door as economic Night is falling.

We are rejecting the Author and Source of Freedom's Light as a mere fantasy. Out of the fear of appearing foolish, like some two-dimensional caricature of religion as portrayed by those (upright and pure of heart!) Hollywood moguls who love our country so much, we reject it all without so much as a reasoned thought of how it came to be. The answer is not as easy as you think. How did this fragile notion, so unique in the world, fall into our laps?

Long may our land be bright...

Posted by Joan of Argghh! at 4:21 PM 3 comments Links to this post

Not Giving Up Without a Fight

All the nice and inspirational things posted already this morning were serving to make me maudlin; I'm not feeling the freedom. I guess today all I could muster was a dubiously patriotic pout.

Until LeeAnn smacked me up side th' haid with a big, bad ClueBat of Better Thinking [tm].

“A John Wayne movie,” I said. “That’s what you were going to say, wasn’t it? We think war is a John Wayne movie. We think life is a John Wayne movie- with good guys and bad guys, as simple as that. Well, you know something, Mr. Limey Poofter? You’re right. And let me tell you who those bad guys are. They’re us. WE BE BAD.
“We’re the baddest-assed sons of bitches that ever jogged in Reeboks. We’re three-quarters grizzly bear and two-thirds car wreck and descended from a stock market crash on our mother’s side. You take your Germany, France, and Spain, roll them all together and it wouldn’t give us room to park our cars. We’re the big boys, Jack, the original, giant, economy-sized, new and improved butt kickers of all time. When we snort coke in Houston, people lose their hats in Cap d’Antibes. And we’ve got an American Express card credit limit higher than your piss-ant metric numbers go.

“You say our country’s never been invaded? You’re right, little buddy. Because I’d like to see the needle-dicked foreigners who’d have the guts to try. We drink napalm to get our hearts started in the morning. A rape and a mugging is our way of saying ‘cheerio.’

Hell can’t hold our sock-hops. We walk taller, talk louder, spit further, fuck longer and buy more things than you know the names of. I’d rather be a junkie in a New York City jail than king, queen, and jack of all you Europeans. We eat little countries like this for breakfast and shit them out before lunch.”

P.J. O’Rourke, “Among the Euro-Weenies”

God Bless America, and the rest of the world can just step off.

Posted by Joan of Argghh! at 8:56 AM 4 comments Links to this post

I'd say I'm phoning it in, but I'm too much of a Luddite to know how.

So yeah, the blog-status remains in limbo until I can shake free and get the desktop computer for a protracted length of time, but that would mean prying the J.R. away from re-runs of Married, With Children and old kung-fu movies.

When I can do that, I may just transfer this whole operation to something more sophisticated and might even write something.

Posted by Joan of Argghh! at 8:29 AM 2 comments Links to this post

It doesn't have the same impact as the first round, but it is still lots of fun:

Posted by Joan of Argghh! at 9:14 PM 6 comments Links to this post

Some Things Should Never Be. However:

Cringe, and wait for the big chorus. You'll thank me:

Posted by Joan of Argghh! at 7:14 AM 6 comments Links to this post 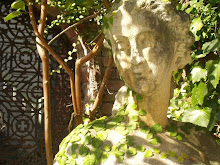 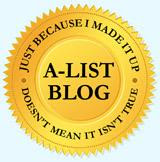 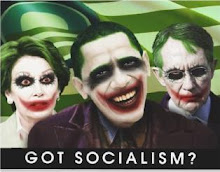